One year ago, we began to plan a project to create a “virtual school” for migrant and refugee students taking support classes from an NGO we collaborate with.

The NGO needed to create a web platform and content, and they dreamed of being able to teach online classes to these kids in their own language.

At the ISDI Foundation, we support social projects to enable them to multiply their impact through digitalization. We strive to find the digital solution that will make the greatest impact in the simplest way.

In this spirit, we realized that the simplest way to bring these people high-quality educational content in their language was by subtitling videos that already exist online. Obviously, the first name that came to mind was David Calle: the “YouTube professor”!

We wrote David an email explaining the idea. He loved the initiative, and together we came up with an action plan.

The first challenge was deciding the subtitle language. We chose Arabic because it’s the fifth most widely spoken in the world, with 250 million speakers. In Spain, it is the most widespread language after the country’s official languages, with over one million
speakers. We created subtitles in modern standard Arabic, because it’s the most common variant.

The second challenge was the subtitling technique itself, reconciling the fact that Arabic is read from right to left with numbers, formulas and text using the Roman alphabet.

A future free from barriers

Now the project is finally seeing the light of day. We’re very excited and hope that it will be useful for educators, teachers, parents and children. Our wish is to continue creating subtitles for many more videos. We hope to work with other languages to make Unicoos a universal resource that can reach more than 75,000 young Arabic speakers in Spain, as well as everyone who needs to break the language barrier.

Volunteers in this project

Unicoos whithout borders project contributes to achieve Sustainable Development Goals (SDG), the most ambitious program of its kind launched by the UN in 2015 in an effort to address some of the most urgent global problems facing humanity. 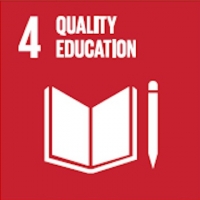